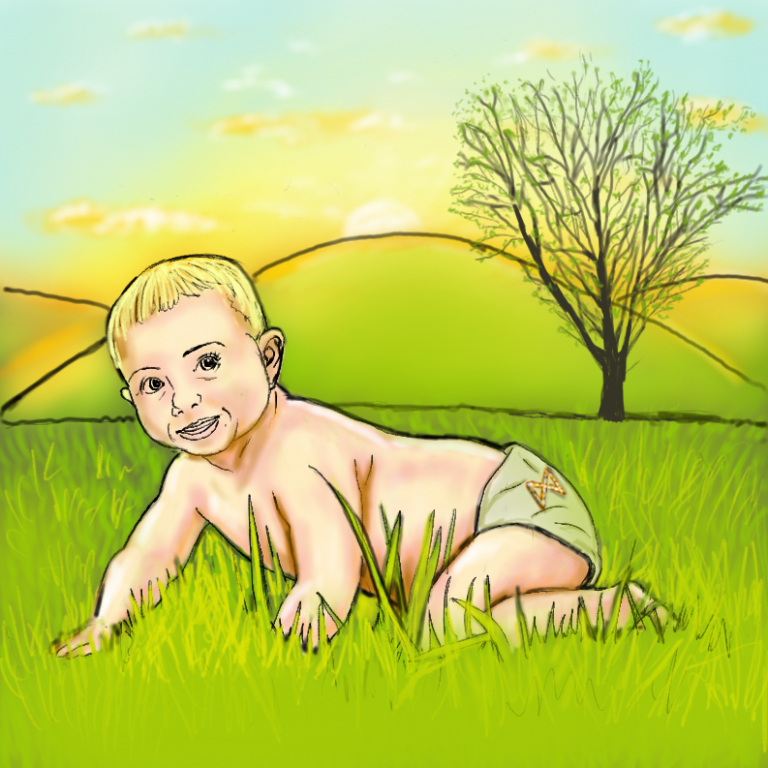 Dagaz, like The Fool in the Major Arcana, is a card of new beginnings. It is literally the Rune of the sunrise, the beginning of the day. When I teach a beginner’s class on the Runes, I often have people color in the two sides of the Rune green, as if they were hills, and then draw a yellow sun rising over them.

Dagaz is sometimes the final Rune of The Elder Futhark, ironic for a Rune of beginnings. I say sometimes because the futharks were not written in a perfectly consistent order: sometimes Othala is the final Rune, sometimes Dagaz. Sometimes Eiwaz and Perthro, in the middle of the Second Aett, are switched as well. Humans are fallible. When we copy a mistake, that mistake will in turn be copied multiple times. This is especially true in the medieval era when there wouldn’t have been dozens of books on the Runes from which to catch errors you have made.

This Rune has a lot in common with the Major Arcana Tarot card Death, the card of change. They say it is always darkest before the dawn, and sunrise is the death knell for the night. This is quite fitting for the final Rune of the Elder Futhark.

Divination:
When I see this Rune in a reading, I tell the querent that something new is beginning. I look to the other Runes around it to determine what that new beginning is. ᚠ (Fehu) might mean a new start financially. ᚹ (Wunjo) might mean an end of depression. ᚺ (Hagalaz) might mean the beginning of a time of scarcity.

Dagaz is a Rune that I rarely use on its own, but I use it to give a little bit more “oomph” to spells. If I want to turn a page, to start fresh with a situation, I will add Dagaz to the bindrune I construct. Because I am a speaker of a Germanic language, and therefore read from left-to-right, I will sometimes connect what I am walking away from to the left vertical line of Dagaz, and then add what I am walking toward to the right vertical line.