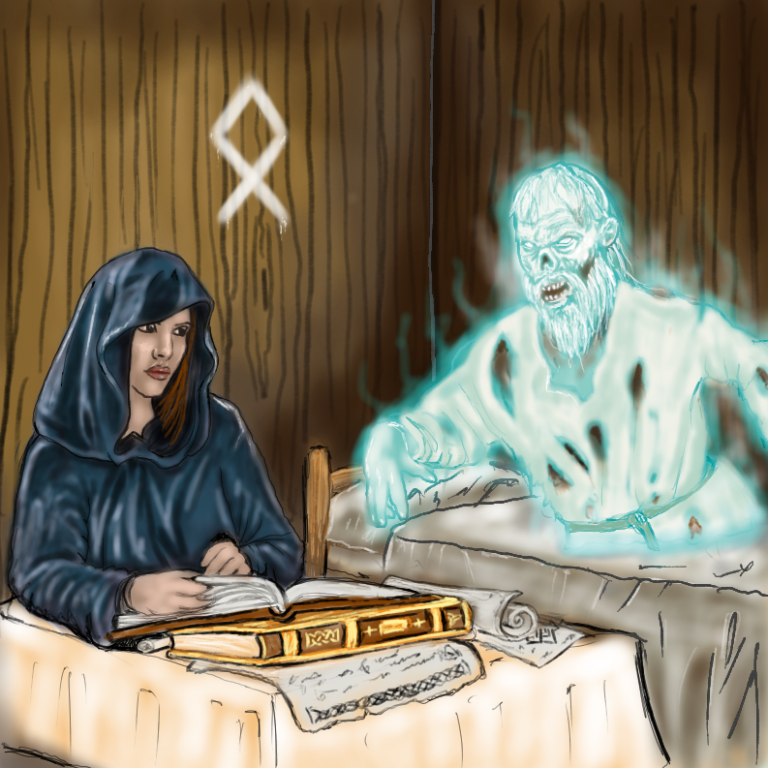 This Rune is much harder for most people I know than it was 1,000 years ago for our ancestors. I live in the United States, where there is a stigma against living with your parents after you have graduated from school. Many of us do for a few years while we get on our feet as adults, but most of us think of Othala in the sense of the Two of Wands: we dream of leaving our ancestral home and seeing the whole world.

That isn’t what Othala was to our ancestors. Othala was a source of strength, like the gentle strength shown by the woman on the Major Arcana Tarot card Strength. Home was the place where The Emperor, The Empress, and The High Priestess were always there to kiss our boo boos away. The Tower is a card of separation because that building was home to generation after generation. When it was destroyed, it would have been heartbreaking to our ancestors.

Othala is a Rune that fell out of use during The Migration Era, sometimes called The Dark Ages, when Europe was an unstable place to be and entire nations moved all at once. The meanings of this Rune relating to wisdom and connection to the ancestors became part of ᚨ (Ansuz/Oss) in the Younger Futharks and The Anglo-Saxon Futhorc. The vowel “O” sound, likewise, became part of ᚨ (Ansuz/Oss) during this time.

When I see this Rune in a reading, I look around at the other Runes to determine whether it represents the ancestors themselves or whether it represents the place where they lived. Quite frequently, this Rune comes up when someone is grappling with the fact that their parents are selling their childhood home. It can also mean that they need to check in with their parents, grandparents, aunts, or uncles.

When I decided that I wanted a place to settle down, buy a house, and raise my children, this is the Rune I used in one of the most powerful spells I have ever cast. Remember, magick doesn’t really understand money per se, but it understands wealth. Land is one of the greatest forms of wealth, because it provides the stability that The Tower would destroy. When the settlement from my motorcycle accident was done, ᛟ (Othala) provided me with the exact amount of money I needed for a down-payment on my house. This is how magick understands wealth.

At Samhain, I always make sure that this Rune is on my altar. This Rune is a connection to the ancestor spirits. When I am missing some of them who have died in the past decade, I will sometimes pull this Rune out of my divination bag and just hold onto it.