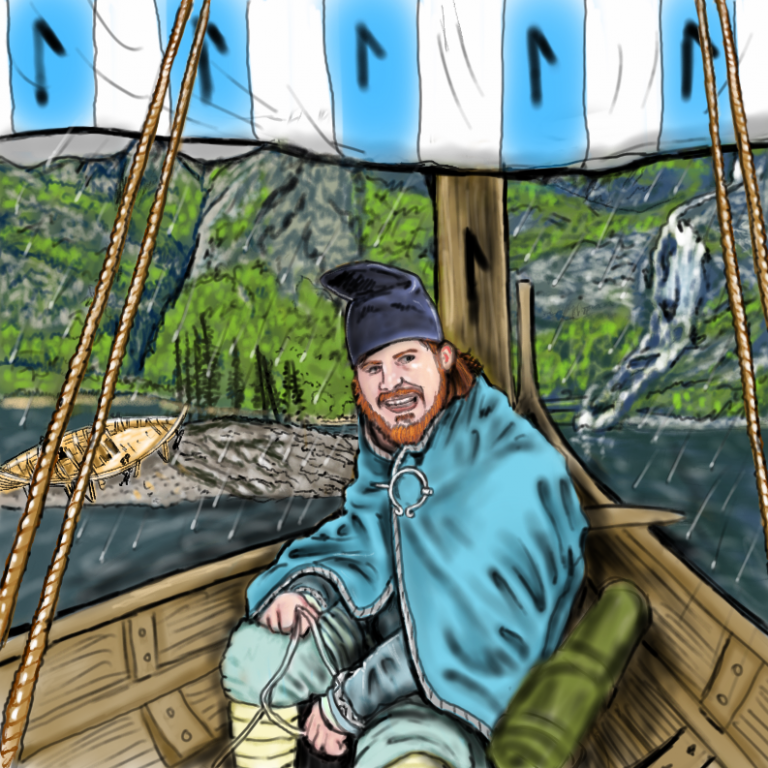 Laguz is a Rune of water, and is therefore associated with the Suit of Cups. It is the overflowing stream in the Ace of Cups and the river of tears in front of the person on the Five of Cups. Even moreso, it is the Six of Swords, the card of being carried away by the tide of circumstances.

Two of the three surviving Rune Poems describe Laguz in terms of a river, and the third as the ocean. Mnemonically, I remember the meaning of this Rune because it sounds like the word “lagoon.”

As a Rune of the river, Laguz is associated with Hel, the land of the dead, which was said to be on the other side of a river. The river is guarded by the giantess, Modhgudh, who stands on the bridge above it. In the water, those who stand on the shore will see the bodies and weapons of those who have fallen.

Another association with Laguz is the association with Ran whose hall is at the bottom of the ocean. (In Norse mythology and worldview, Ran’s Hall is akin to Davy Jones’ locker from pirate stories of the 17th century.)

It isn’t clear what Ran is. Is she a Vanir? Is she a Jotun? There is very little written about her, but she is married to Aegir who is mentioned twice in the Eddas. Aegir is described as the son of a Jotun, but most of the gods are children of Jotnar. I have seen modern authors refer to Aegir and Ran as either Vanir or Jotnar.

When I see this Rune in a reading, it is almost never literally water. It usually represents the force of a river pushing the person along. Unlike ᚱ (Raidho), which is a cart and can stop any time it wants, you are never truly at rest when you are on the water. You are always in motion.

I have used this rune in workings to aid the passing of the deceased into Hel. Unlike in Christian mythology, Hel is a place of great feasting and celebration, not of punishment. It is a corner of Niflheim, the land of ice. The ruler of Hel is a goddess who is also named Hel. She is the daughter of Loki, sister of Fenris and The Midgard Serpent. She tends to be good mannered and pleasant, despite Her half-corpse appearance.