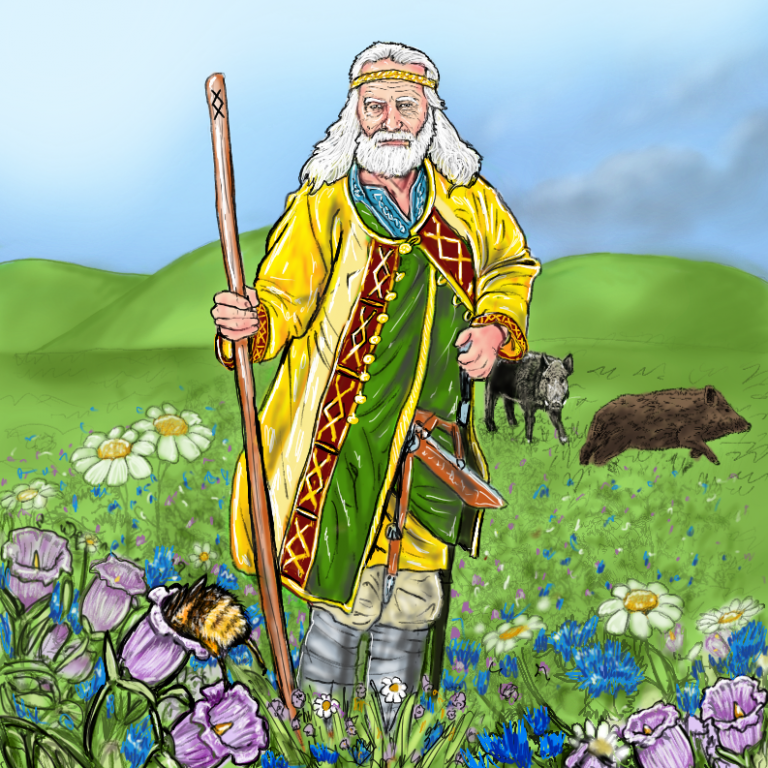 It is associated with the Vanir god Frey, one of the chief gods of the Norse pantheon. The most famous story of Frey comes to us in the poem the Skirnismal, in which Frey gives up his magic sword that fights on its own so that he can marry the beautiful giantess Gerda.

The symbolism of this story is less clear than it seems. At first blush, this appears to be a story of the young man who puts away the weapons of war for the settled life of a husband and father. But Frey is a god, not a young man. He has a prophesied destiny: at Ragnarok, he will fight the fire giant Surt. Prior to his giving up his magical sword, everyone believed he had a good chance of surviving that battle…. But he gave up his magical sword, dooming himself for love. There are some versions of the story which say he will now fight Surt’s flaming sword with a deer’s antler, yet another symbol of masculine fertility.

From this love story, you might think that Inguz is associated with The Lovers and you might be right, but I think there is a stronger association with the zoomed out version of The Lovers: The Devil. Yes, Frey loves Gerda, but I feel that the temptation of Gerda and Frey’s fated death are more in line with the meaning of the 15th Major Arcanum, The Devil.