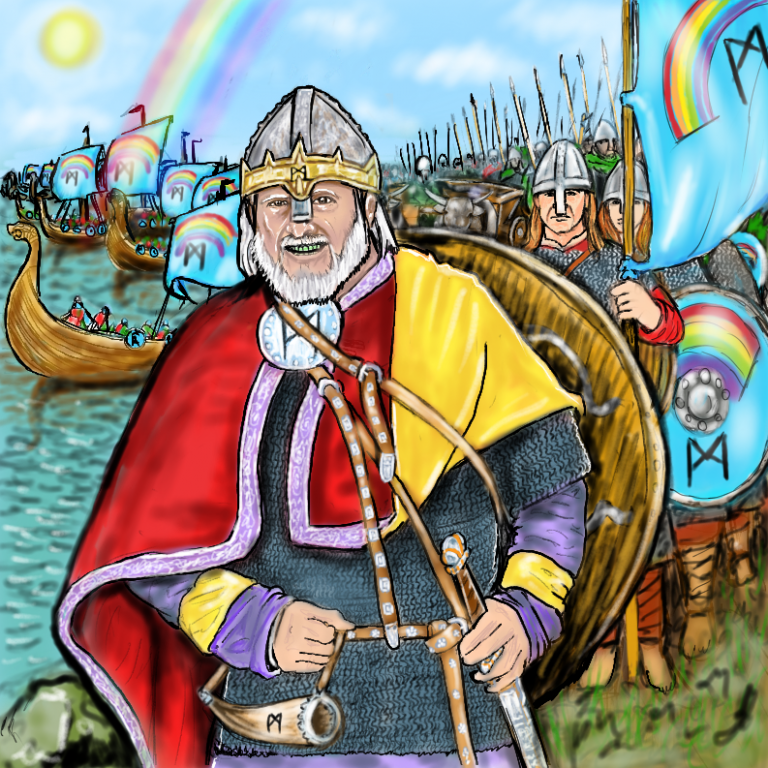 Mannaz literally means “Man” as in “Mankind.” (At the time that the Runes were being named, this wasn’t excluding women because the word for “man” as opposed to “woman” was “wereman.” This is where we get the word “werewolf” from.) Mannaz is a Rune of community, leadership, and society.

Mannaz is also associated with the god Heimdal, who guards the rainbow bridge Bifrost which connects Asgard to the other Nine Worlds. There is a story of Heimdal in which he visited Midgard (Earth) and fathered many, many children by three different women. Those children went on to populate all of Midgard.

When this Rune comes up in a reading, I start looking for groups that the querent is an integral part of. Do they lead a choir or have a particularly important part? Are they a manager or supervisor at work?

Mannaz is a Rune of their relationship with their communities and groups.

Also, this Rune is part of most magick I do to try to heal a community. When someone toxic has done damage to a group that I don’t want to be destroyed, Mannaz is a Rune I lean on to heal the group and allow it to repair from the damage done to it.