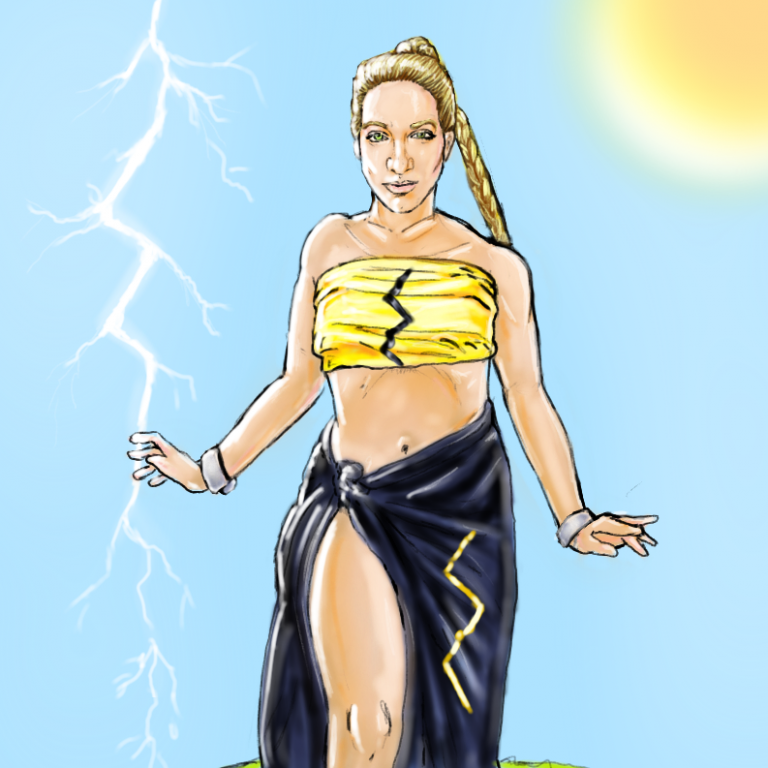 Sowilo has adopted a number of forms, including the middle one above which very much looks like a Roman “S”. It creates the “s” sound, so this is fitting.

One of the names this Rune adopted over the centuries is Sol, which is the Latin word for the sun. This is also fitting, given that it is the Rune of the sun. Given that, you might think that it is related to the Major Arcana card of The Sun. Sowilo has a little bit of the success and fun that you would associate with the Tarot card, but it is more a Rune of illumination rather than vitality or victory.

Looking at the shape of the Runes above, you may notice that they look like a lightning bolt. This is no accident, as Sowilo is one of two Runes associated with lightning. You may recall that ᚦ (Thurisaz) is a Rune of the destruction wrought by lightning. Sowilo is the Rune of the light, illuminating for just the briefest of moments.

Because the Runes were primarily used by the Germanic peoples of Northern Europe, this Rune calls to mind the Midnight Sun, the phenomenon by which the sun doesn’t set for a few days around the Solstice at Northern latitudes.

The Tarot card I most strongly associate with Sowilo is the Major Arcana card The Hierophant, in its aspect as teacher. If you look at The Hierophant’s feet in most decks, you will see a set of keys. Those keys represent the knowledge that he guards. Sowilo is less the Rune of the guardian of knowledge, who holds it back from you, as that moment of inspiration that any good teacher tries to inspire in zir students. When the lightning strikes and you suddenly understand: that is Sowilo.

Don’t confuse Sowilo with The Magician or The Hermit from the Major Arcana. The Magician worked hard and tediously to develop his skill, and The Hermit skulked alone in the darkness for his introspection. Sowilo is a sudden burst of inspiration. It is almost more similar to The Tower than either of these cards, because it is almost always a turning point, a shift from where you have been.

Sowilo tends to represent illumination. When a person needs to see something that is currently obscured by the dusk of morning, this Rune will appear. Similarly, when the querent thinks they saw something but they can’t see it now, that is also this Rune.

I bless each new pair of glasses I get with this Rune. When I first receive them, I spray them down with window-cleaner, and I wipe the cleaner away with various Sowilo motions on the lenses.

When a student is struggling in my class, one thing I will sometimes do is place a Sowilo Rune on the next worksheet I will give that class. I will change the font color to white, so that the students can’t see it, but I know it is there. This can lead to those wonderful “Aha!” moments where the student finally gets whatever I have been trying to teach.