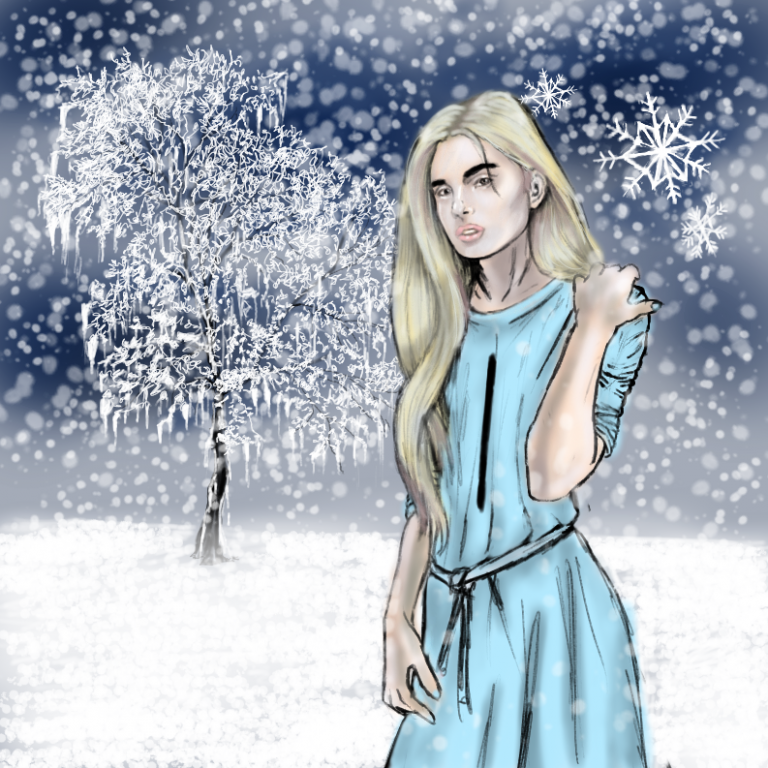 Isa is the rune of ice, and the patience that ice represents.

This Rune is similar to the Fours in the Minor Arcana, which are all about waiting. The Four of Pentacles is trying to be this Rune, trying to hold onto his money and not let anything change. Similarly, the Four of Cups is rejecting change that is offered, waiting for a better change. The Four of Swords is resting, waiting patiently, as opposed to the Four of Wands, who are waiting eagerly.

Isa is one of the two most important runes in the Futhark. If you put Isa with Kenaz (ᚲ), you can make every other rune. (You may need to rotate Kenaz, and most runes you will need to use more than one of either Isa or Kenaz.) This goes back to the Norse creation myth, that in the beginning there was fire (Kenaz, ᚲ) and ice (Isa, ᛁ), Muspelheim (ᚲ) and Niflheim (ᛁ), and their combination created all the world.

Within Niflheim, the realm of ice and mist, is the land of Hel (sometimes called Helheim by modern Heathens, to differentiate it from the Christian homophone, Hell). Hel is ruled by a goddess of the same name, a daughter of Loki and sister of The Midgard Serpent and Fenris Wolf. Unlike the Christian Hell, Hel is a place of feasting and plenty, a warm spot in the cold land of Niflheim. The Norse did not believe in punishment after death as the Christians do.

Our most specific reference to Hel in the mythology comes from The Story of Baldr. After Baldr’s death (which is a good story, but not related to Isa), his brother Hermod rode to Hel to bring him back to Asgard. Queen Hel told Hermod that Baldr would need to stay in the land of Hel until every living thing wept for him. And so Baldr waits patiently for Ragnarok, when the one Being who refused to weep for him (Loki) will die. At that time, Baldr will rise and take his place as king of the gods who survive Ragnarok.

When this Rune comes up in a reading, I always read it as an instruction: Slow down! I am sure that this is a relatively new phenomenon, but in the 21st Century United States, where most of my querents live, we are always running around. There just isn’t time to slow down and take time for ourselves.

Except there is. There is time. Those things you are doing that take up all of your free time can be spread out more. They can be organized more. You have my permission, as a funny-dressed man at a psychic faire, to slow down. Take that walk in the woods you have been craving for the past week. Book that rehearsal space for a month to record that album you’ve been talking about for the past decade. Write that novel you keep saying you could write. Watch cartoons with your child(ren). Whatever it is that you wish you had time for… you do. You have that time.

Like Hagalaz, this is a rune of cold, but unlike Hagalaz, this isn’t a rune of destruction. There are two ways I use this rune: the first to slow something down, and the second is to put something on ice for a period of time until I am ready to handle it. These two sound similar, but they are subtly different.

When I use Isa to slow something down, it is because I feel that I can only handle it in small doses. I used this in a bindrune against Covid-19 in February of 2020 and we were able to slow the spread enough that the hospitals near me never exceeded their capacity. I have also used this in times when the bills were piling up faster than my paychecks.

The other place that I use this rune is for something that I simply can’t handle right now. I freeze it. When my wife buys too many vegetables at the farmer’s market, we throw them into the freezer. This magick is like that. When one of my students has two behaviors that make it more difficult to teach them, I will choose one to help the student adjust, and I will use Isa magick on the other. The behavior I am not helping with is still there, but it is frozen to me. I will pull it out when I have helped the student with the first behavior.