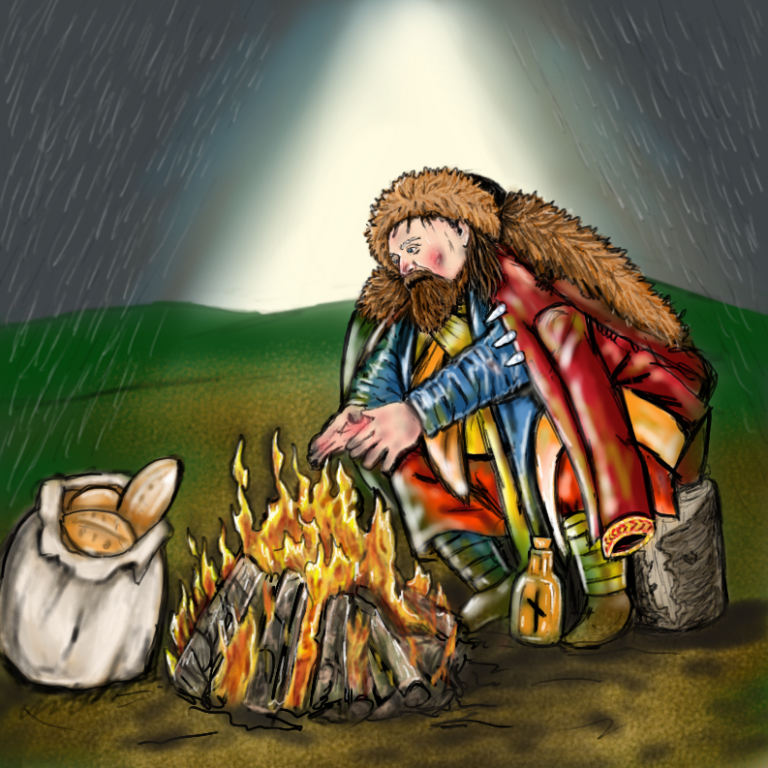 Naudhiz is a Rune of your basic needs. Think about the Five of Pentacles, with the two poor people trudging through the snow under the light of a church which should be there to help them. Naudhiz is the Rune of their rumbling stomachs.

You may have heard that Naudhiz is a fire Rune, but not in the sense of the Suit of Wands. This isn’t a Rune of conflict like the Five or the Seven of Wands. Nor is it a Rune of destruction like The Tower or a Rune of Victory like the Six of Wands. Naudhiz is none of these things.

Naudhiz is less a Rune of the fire itself than it is the frost-bitten fingers which you warm by the fire. It is the Rune of your thirst and hunger more than the fire which melts the snow and cooks your food.

Naudhiz has the gentleness of the Major Arcana card Strength, with the willful blindness of the Minor Arcana Four of Cups. It is a Rune that asks for the help of the money-lender on the Six of Pentacles.

Frequently, the person who pulls this Rune is feeling overwhelmed because they are the one who takes care of all of the household chores. In the United States, where I live, this often happens to married women, especially when there are children in the household.

If you see this Rune in a reading for yourself, you need to look at your life and figure out what you can do to take care of yourself better. Whether that means more equitable sharing of chores with your partner or eating fewer carbs or going out for a run once per week is up to you. But take some time to think, like you would if you pulled the Major Arcana card The Hermit.

I almost never use this card in my magick. This is a card of being hungry, thirsty, and cold. I do not wish that on anyone.