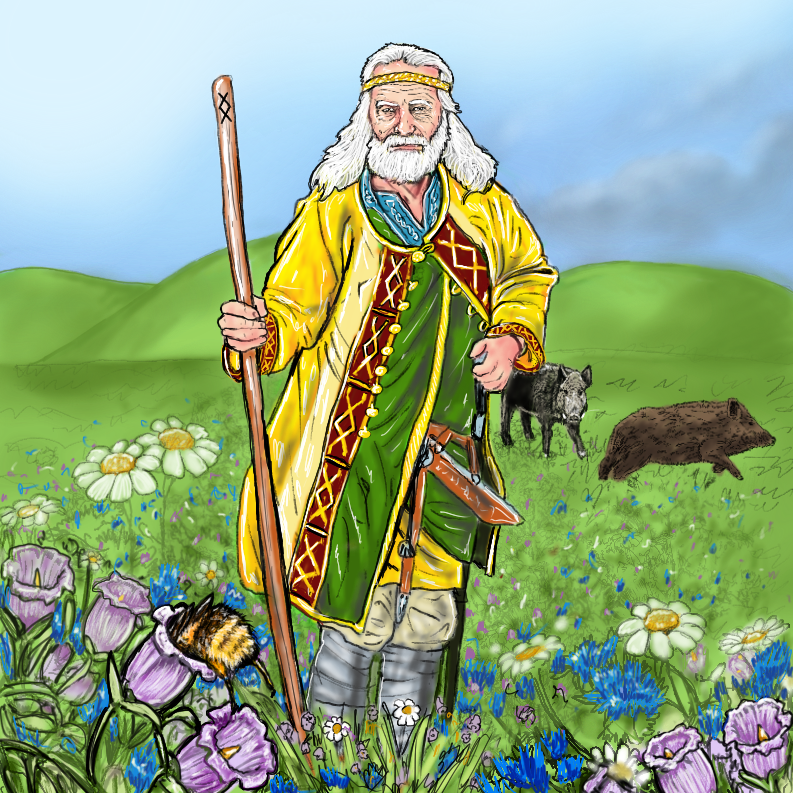 Grampa Inguz has been around and has seen a lot. Now he just wants to tend his garden and run with the boars.