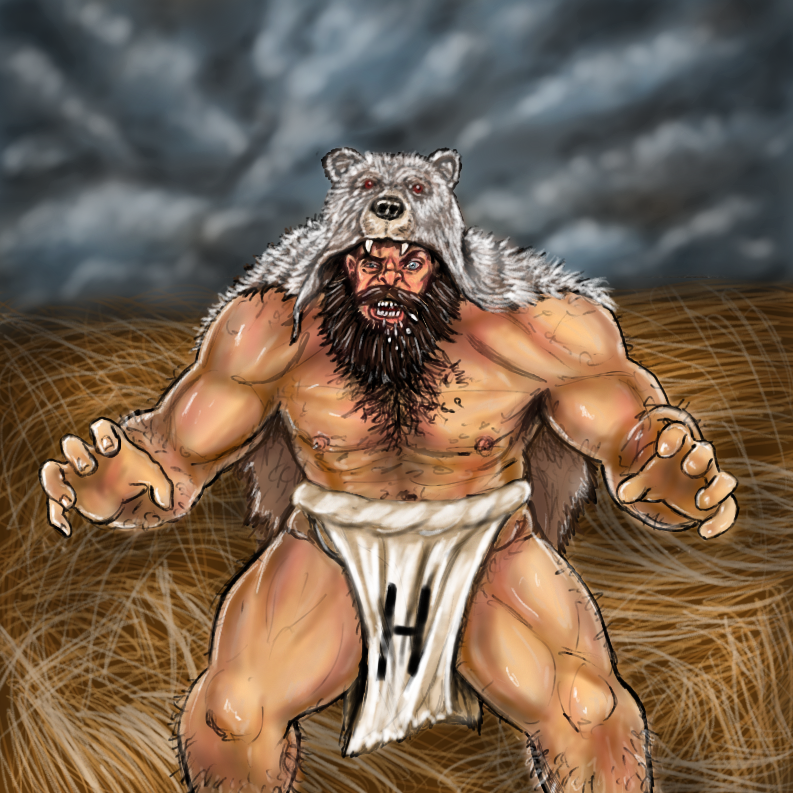 Hagalaz is the local berzerker. He has been known to destroy everything he touches, including enemies, houses, crops, friends, and even the occasional forest. He is a living force of nature.