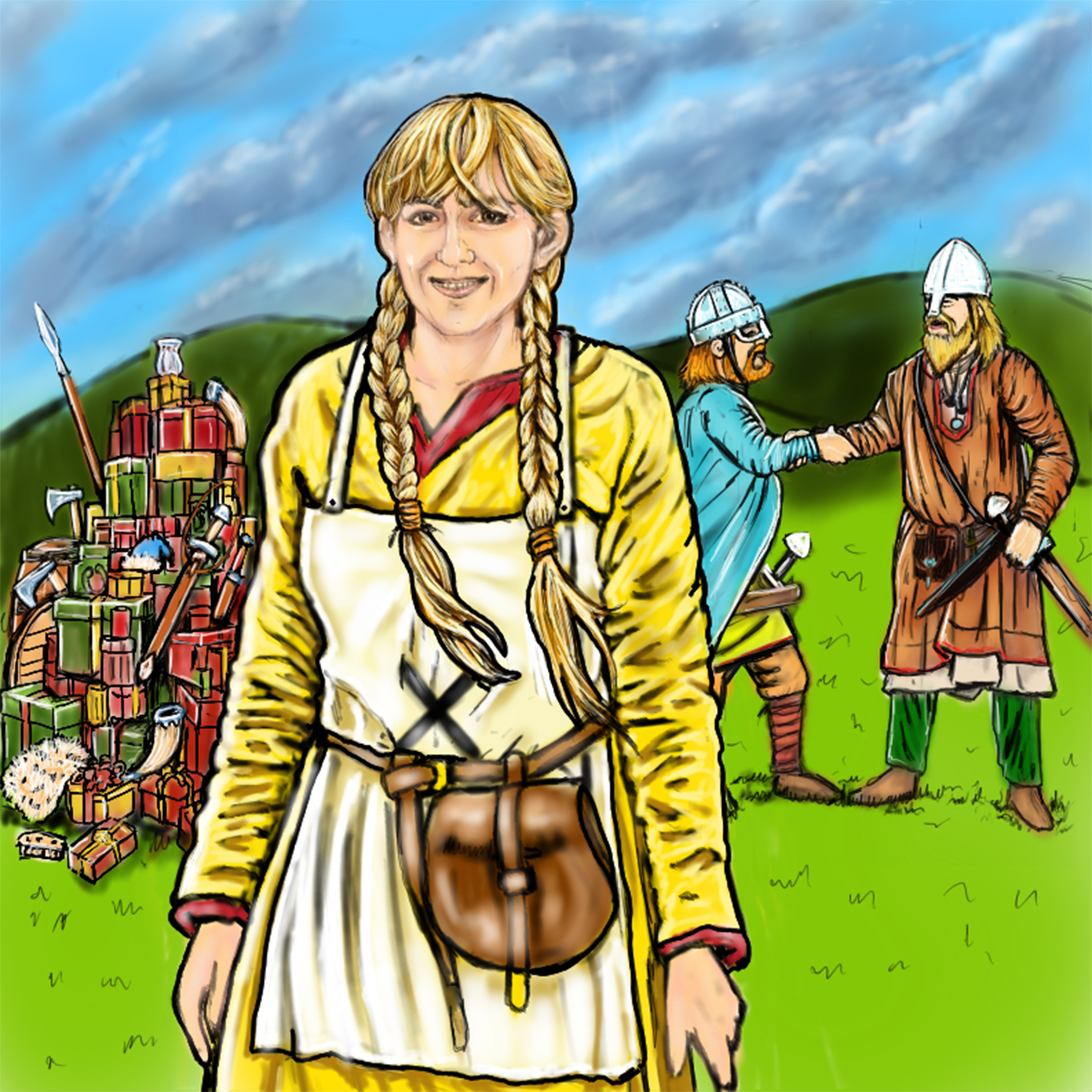 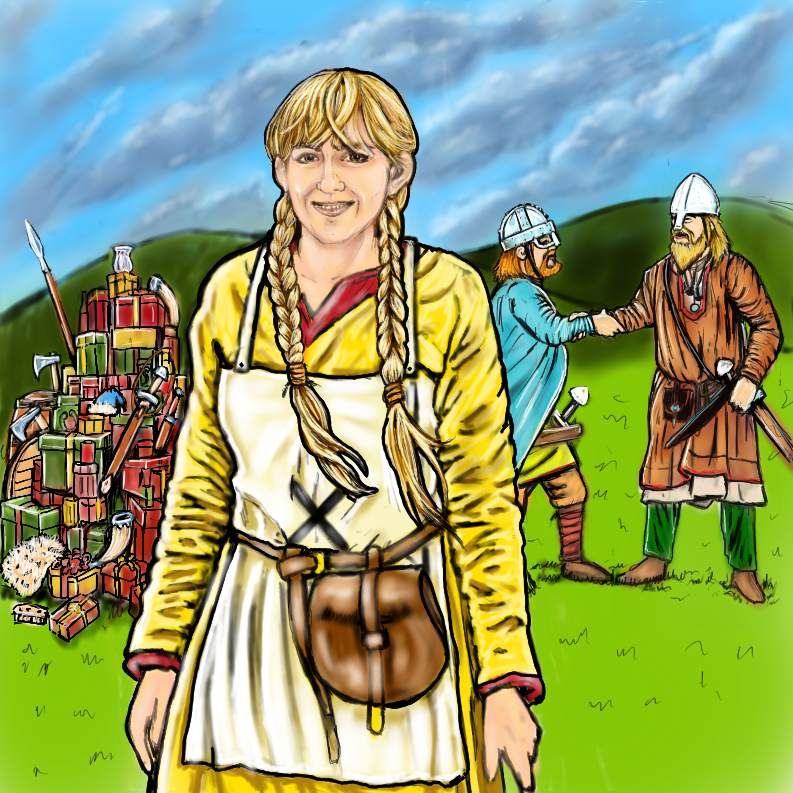 Gebo the Trader is fond of giving gifts to others, because she believes that she will receive gifts in return. She runs a business of trading and selling goods, and Raidho frequently brings her exciting things from far-off lands.