Ansuz clapped as Althunn finished reciting another of her poems. Dwarven poetry's style was different than what he was used to from Midgard, but beautiful in its own way. Like the dwarves themselves, the initial horror of their unusual shape hid great beauty.#futharkvillage — Perseus Greenman (@futharkvillage) December 30, 2019 In all, Ansuz was finding […]

Thorleif hated everything about Svartalfheim. This place was always twilight dark, which made it only slightly more bearable to look upon the hideous dwarves who populated it. And now he was being sent into Nidhavelir, the worst place in all of Svartalfheim.#futharkvillage — Perseus Greenman (@futharkvillage) December 19, 2019 At least he had been given […]

When they had found their seats, Ansuz found himself seated next to Althunn. “Hello,” he ventured. “Hello,” she said. “Are you the Ansuz who apprenticed with Dvallin all those years ago?” “Yes,” Ansuz said, surprised. “Do you know rune master Dvallin?”#futharkvillage — Perseus Greenman (@futharkvillage) November 19, 2019 “Yes," Althunn said. "Dvallin worked closely with […]

Ansuz the Scribe walked out of his hut. One of the soldiers who had carried off Sowilo was inside, and they had just had a nice little chat. Now he knew who they were: Einherjar. These were the warriors who had served Odin in Ragnarok.#futharkvillage @blithgunde @WolfofOdin420 — Perseus Greenman (@futharkvillage) November 8, 2019 Ansuz's […] 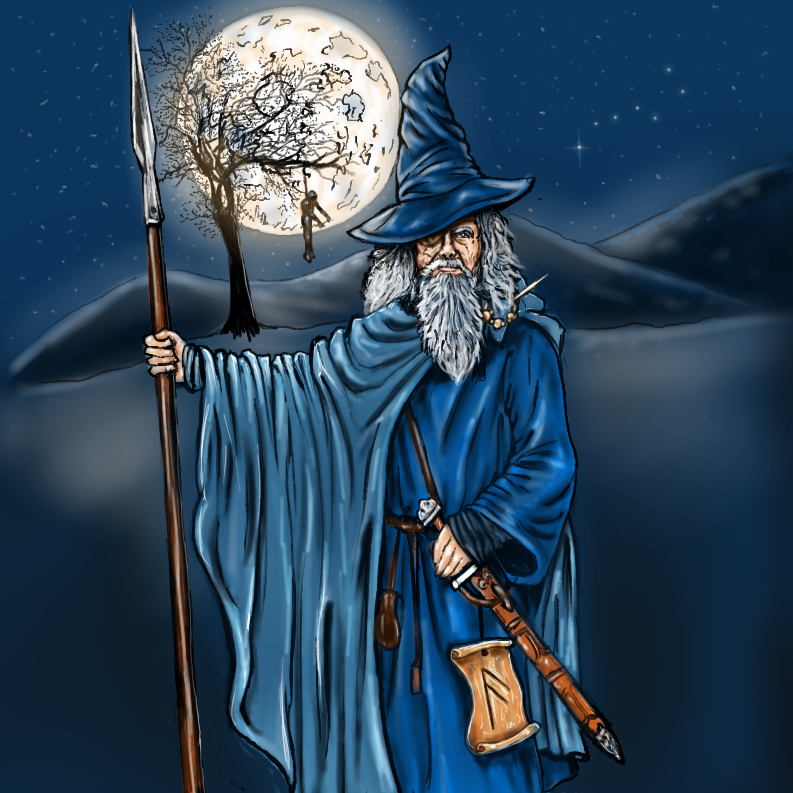 Ansuz is the wisest person in Futhark Village, and the most well-read. Ansuz frequently prefers to stay in the background, not drawing attention to himself until he is ready to speak. When he speaks, his words have a power to them. Ansuz is a rune strongly connected with the god Odin, especially in his capacity as […]