“General Algiz, is it?” Althjolf asked. He pulled a chair back at the banquet table. When she had sat, he sat next to her. “I am Althjolf, as my sister said. I run the city guard.” “Yes,” Algiz said, settling into the uncomfortably cushioned chair. “I have had that job myself.” — Perseus Greenman (@futharkvillage) […] 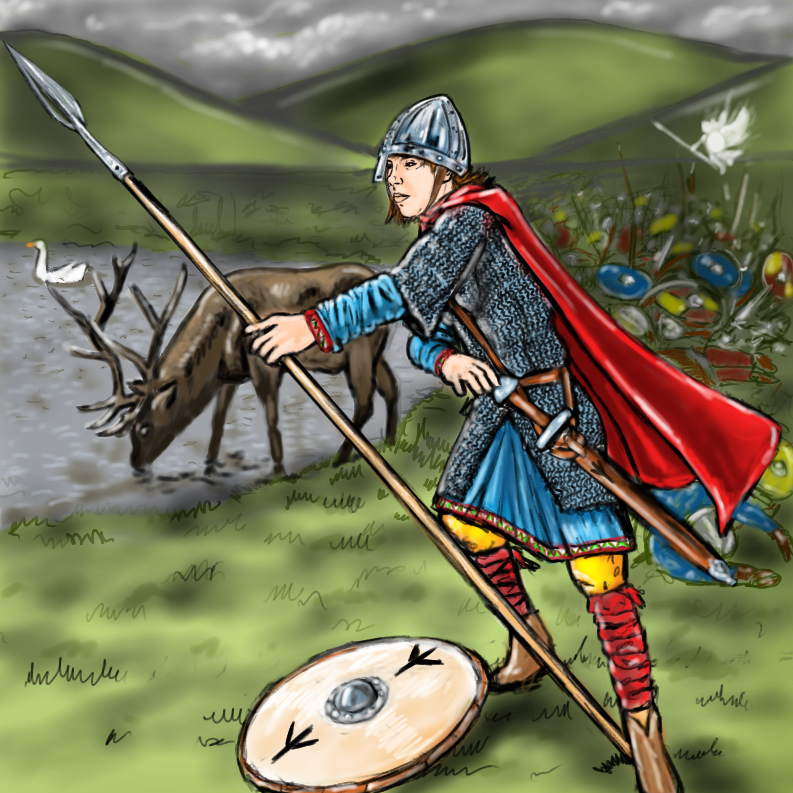 Algiz is a retired general serving King Mannaz as Huskarl. She has watched too many comrades fall in battle to join the Einherjar in Valhalla, and is therefore quite defensive in her battle strategies.